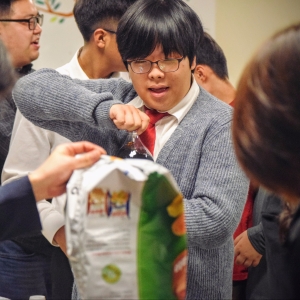 Japanese animation, more commonly known as anime, (アニメ) has gained incredible popularity in the western world over the years, and although I do not see myself as an avid fan, it is indeed very time-consuming.

And because other people view me as being “addicted” to it, I decided to give up anime for Lent. Honestly, in the beginning, I did not think I would be able to do it. I thought that I would give up halfway through. Well, I was wrong, for the better or for the worse.

Now, before I get into my actual reflection, I just wanted to make a quick comment, something of a disclaimer. Prior to writing this reflection, I have read through the reflections of a few others, and mine may seem a bit nihilistic in comparison, but it is really not meant to be in that fashion; It is simply the recollection of what I thought during Lent.

So, back to the very beginning. Over the years, I have grown a fondness for these Japanese animations and watched them daily. I even run Facebook pages promoting some of them. A couple of them grew relatively big, like Jojo’s Meme Adventures, a page that my friends and I started, with 83 thousand likes at the current moment (subtle advertisement?). I realized I was putting a lot of time into this, but I did not consider myself addicted, or anything of the like.

Then, the season of Lent came. I did not think much of it, nor did I think I was going to participate. However, I unknowingly stepped into a student-leaders meeting about Lent and was swept into it. Then, I did not know what I should give up, but with the advice of a few others, I realized that giving up anime for the period and seeing how things go would be the best choice of action for me. I thought that, perhaps, I would be able to learn something through this entire experience.

The first day of Lent came and went. Then, the second day the same. It was the same for the next few days. Although I did feel a void where something was supposed to be, I did not notice any more free time than I had before, nor did I feel more “connected” with God. In fact, I could have sworn that I had less free time than before.

A few more days went by, and I did not even think about anime at all. I no longer really cared, and I ended up wondering if giving anime up for lent was too easy. Still, I did not feel my connection with God or my free time increasing. It was a bit puzzling; If I had given up something that took up hours of my day, why didn’t I have these hours to spend on something more productive now?