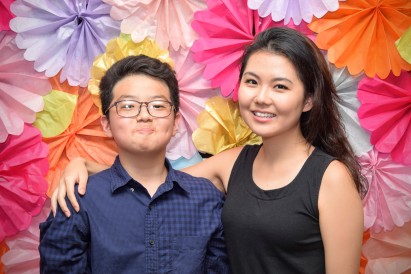 For this season of Lent, I really did not know what to give up or commit to at first. So I took a couple of steps back and tried to see what distracts me from God. The answer was clear to me: FOOD!

But then I realized that I did not want to give up dinner or any meal of the day. So, I narrowed it down a bit to what really wastes my time and said that I would give up junk food. I prayed that God would give me the strength to stop my obsession with sour-patch kids and Walgreens (my go-to store) which sounds pretty silly, but it has actually been pretty difficult for the past few days.

At first, I honestly thought this was going to be easy. However, there have been many moments where Lent just slipped my mind, and I either realized what I was doing was wrong, or I just went along and ate candy or drank soda without a second thought.

One of these moments was on Friday night during Praise Team practice when we had pizza and soda for dinner. I went right along and ate the pizza first, then I drank some soda. Suddenly it hit me that soda was junk food! I had already broken my promise in three days! When I broke my promise by accident, I had this guilt in me that felt like it was consuming me from the inside.

Despite my failure, I am very determined to stick with my goal because up to now, I have never given something up for Lent. I feel like I have much to make up for because of what Jesus did when he was able to stick up to Satan’s temptations for forty days especially when I can’t even stick with a simple promise for less than a week!

Looking back, I have realized that eating candy or buying food after school has become such a big habit that I go to the pizza place, 7 Eleven, or Dunkin Donuts instinctually every time I walk out of my school doors.

Having a legitimate Lenten Commitment this year has really shown me how my life is so unchanging and consistent. This season of Lent has opened my eyes up to all the sacrifices God made for us and how we take them for granted. Through this year’s Lent, I wish to be more appreciative of what God has done for us by letting go of small things that distract me from what is truly important: Jesus.

Having to stick with my Lent promise is much more difficult than I expected it to be, however, Philippians 4:13 says, “I can do all things through Christ who strengthens me.” Throughout my Lent journey, I plan on sticking by this verse and constantly reminding myself that I am not doing this for myself or my friends, but that I am doing this for God.

I hope that all of you have been sticking with your commitment for the past few days and that through Lent, we will all come to a realization that what God has done for us is far greater than our little habits that we put above Him and His precious Son.

One thought on “Lent 2017: Nothing Compared to Him”